Multifaceted guitarist Joe Ravo and multi-instrumentalist and singer Allison Scola created Villa Palagonia, an ensemble that calls upon their southern Italian roots and American know-how. Eclectic, acoustic music brushed with hues of Mediterranean folk is the avenue on which Villa Palagonia perches—yet the side streets and dusty alleyways that these musicians have traveled offer engaging timbres woven together by songs imparting tales of the old world and the new.

Eclectic acoustic brushed with hues from Mediterranean folk is the avenue on which the band Villa Palagonia perches—yet the side streets and dusty alleyways that these musicians travel offer engaging timbres that are woven together by songs imparting tales of the old world and the new.

Founded in 2013 by multifaceted guitarist Joe Ravo and multi-instrumentalist and singer Allison Scola, Villa Palagonia calls upon its members’ southern Italian roots and American know-how to create original music peppered with elements from traditional Sicilian and Italian folk songs. Joe Ravo is a versatile guitarist who has performed alongside the likes of Dave Brubeck and Stanley Turrentine and traveled around the world as a cultural ambassador for the U.S. Department of State. Allison Scola is most familiar to folk audiences because of her performance as part of Chicks with Dip’s Joni Mitchell’s Blue Celebration. As a solo artist, she has performed at venues as grand as Shea Stadium, as kitschy as CBS Morning News’ Living Room Live, and as intimate as her cousin’s patio in Bagheria, Sicily where the world-renowned chateau Villa Palagonia exists.

Allison’s paternal grandmother, who immigrated to New York in the 1920s, grew up in Bagheria in the shadow of Villa Palagonia. It’s a place she and Joe have visited many times; and the villa, a place that they find intriguing and inspirational because of the 72 odd and mystical monster-statues that line the estate’s grounds. Bagheria is at the crossroads—between barons and peasants, between lemon orchards and fig orchards, between mountains and sea, between Europe and Africa, and between ancient mysteries and modern realities. Both the historic site and the band capture a unique essence—capture a place: where north, south, east, west, and humanity collide.

See About for biographies of different lengths.

“You don’t have to speak Italian to appreciate Villa Palagonia. You just have to give yourself over to Allison Scola’s lovely voice (and stage presence) and Joe Ravo’s jazz-inflected guitar playing. It’s an irresistible combination.”

– John Platt, host of WFUV’s Sunday Supper and On Your Radar at Rockwood Music Hall

“Villa Palagonia fills the room – not just with sound, but with joy! Allison Scola and Joe Ravo carry their audience on a journey across miles, cultures, and time. You’ll be singing along to Italian folk songs, and dancing the Tarantella, before the night is through. First Acoustics audiences love them, whether in an intimate House Concert setting, or at one of our Coffee House concerts. Villa Palagonia has what it takes to light up any room!”

“Villa Palagonia is heart and emotion, flesh and blood, and joy and sorrow! Full of whirling colors and vibrant sounds, their music is a must for your soul!”

Live recording of “Marco the Barber,” May 2017. Thank you to World One Video for this footage. Recorded at Edwards All Star Barber Shop in Denton, MD.

Click on the image for a higher resolution version of it. 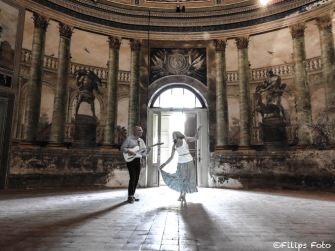 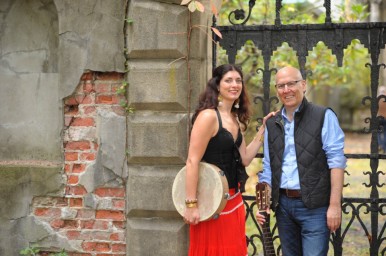 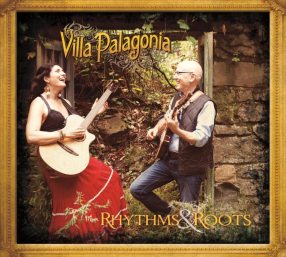