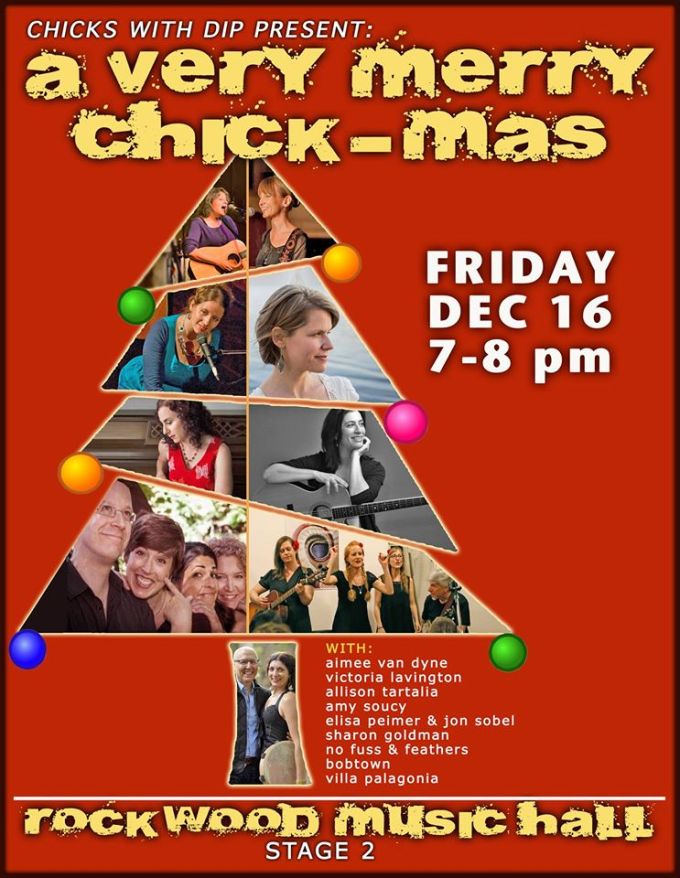 We are very much looking forward to being part of this fantastic line-up of artists gathering together to present to you a A Very Merry Chick-mas! Join in the revelry!

The bill at “A Very Merry Chick-mas” will feature:

CHICKS WITH DIP is an informal collective of female singer/songwriters in the New York City area who share a mutual respect and who enjoy each other’s company and the pleasures of good conversation, good songs, and good dip. The Chicks have been meeting regularly for more than a decade, and were the women behind the recent touring concert and recording of “Joni Mitchell’s Blue: A 40th Anniversary Celebration.”

No incoming links found yet.